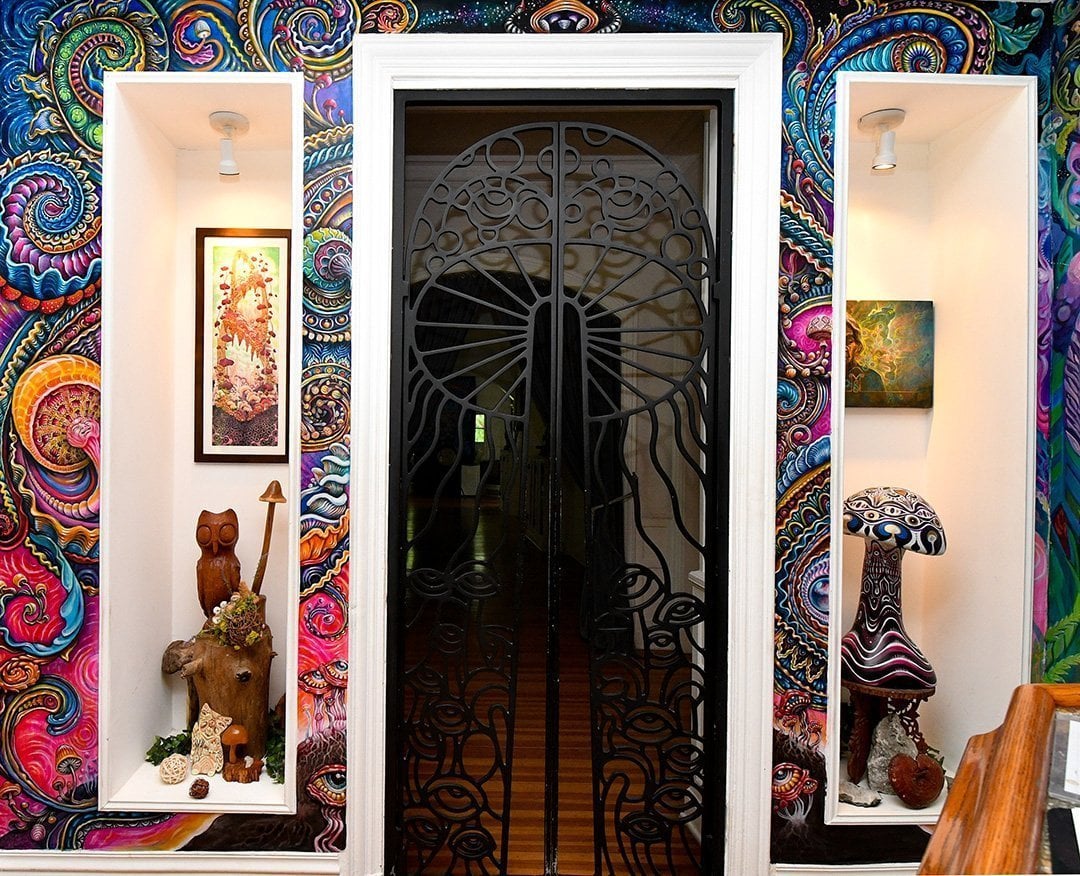 With many walls of the Mushroom Cafe still blank, Morgan & Randal launched into a mural portraying the flow of mushroom tendrils, seamlessly crawling across the wall. Borrowing artistic elements from the earliest murals in the Cafe and the natural surroundings at CoSM, Morgan & Randal intended their contribution to resemble a shiny, bright, colorful wall of candy with such a rich juiciness, one could imagine picking mushrooms off the walls, a lusciousness candyland to stimulate hunger for cafe snacks. Art tendrils grow and connect, a metaphor for the vibrancy, creative power and interconnectivity mycelial world and for the community of visionary creators at CoSM and world-wide.

As an homage to Alex Grey, Randal created, on the left side of mural, an Over Soul Mushroom Man. Above the doorway, Randal referenced The Dancing Mushroom Man, also seen on the Cafe kitchen arch, painted by Alex, representing the first psychedelic mushrooms painted in the 10,000 year old Tassili cave paintings. Little hidden treasures appear with each visit to CoSM. The family of three mushrooms at the bottom left of the door, with eyes gazing to the skies, were painted in honor of Alex, Allyson & Zena. 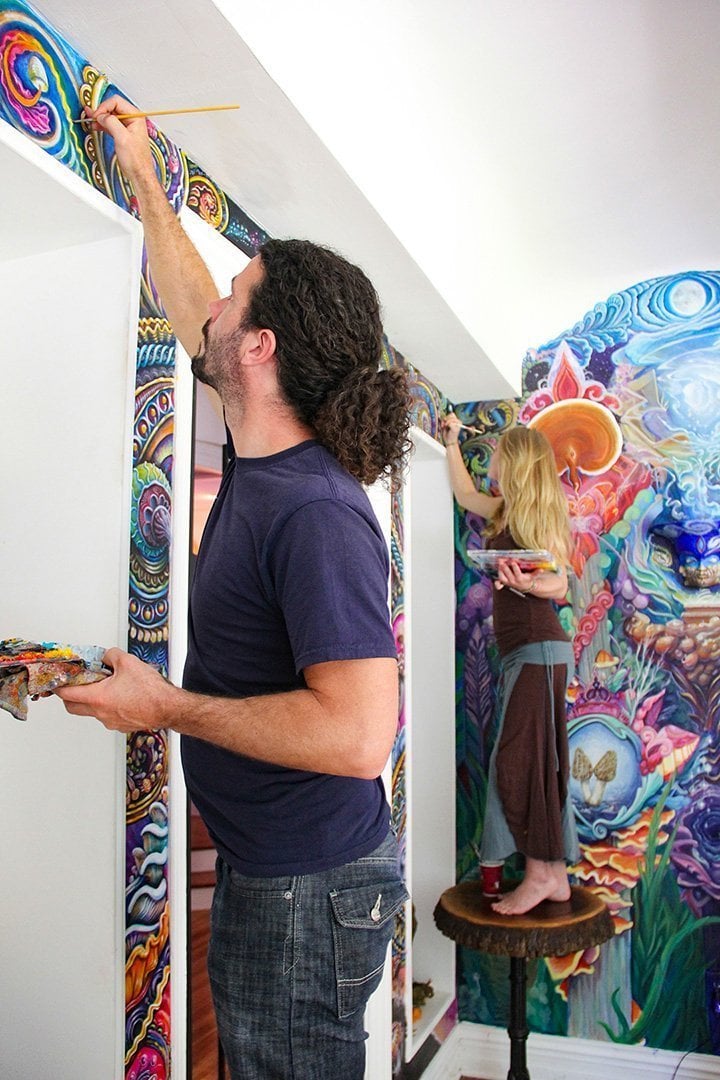 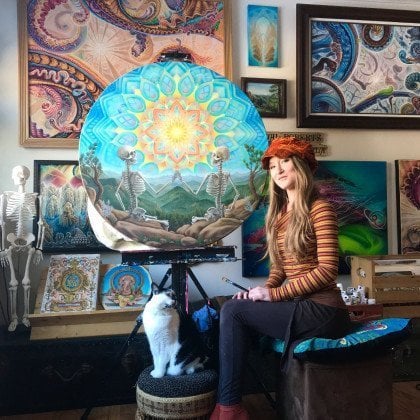 Originally from Chicago, Morgan Mandala is a Colorado artist. Morgan has painted and taught at festivals and venues world wide. Morgan's paintings take on the challenge of circular canvases and imagery of fantastic naturalism combined with geometric forms. Morgan has toured the globe live-painting, teaching, and always learning, often in collaboration with artist and partner, Randal Roberts. My paintings visually explore our connection to the world, each other, and our inner selves, living the conscious human experience. Mandalas are graphic representations of the universe, sharing the multiplicity and the singularity, the macrocosm and microcosm. Objects and symbols in my paintings merge and are re-interpreted to create a metaphor for our seamless connection to the world. 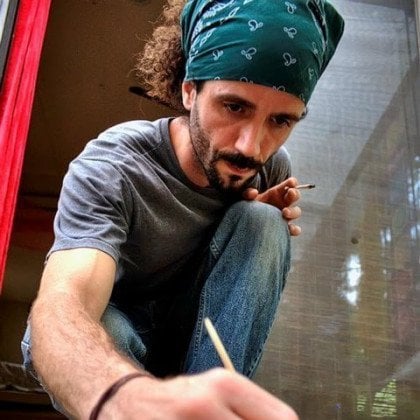 An internationally recognized, self-taught painter, Randal Roberts has always identified as an artist. At the age of 30, after meeting artists, Alex Grey & Allyson Grey, Randal was inspired to quit his factory job and dedicate himself to art full time. After a year-long, soul-searching road trip across the U.S., Randal found community at Omega Institute in Rhinebeck, New York, where he lived and worked for seven years. I pledge to do my best work for the highest good, and to practice my art as a way of awakening myself and others. I offer myself and my materials to divine influence. To my cherished friends and family, to the beautiful, absurd, creative flow and the language of the universe. To the global Love Tribe gone, living, and to be: Thank you. I love you. I will do my best for you.